The Sago Palm is part of the cycad plant family and is a short, stocky, spikey leaved plant. It grows in dry, sandy soils and is a common plant used in landscaping. It comes in a variety of species and there are close relatives to this plant that have the same toxicity concerns. Other common names of sago palms and other related toxic species include queen sago, crozier cycad, fern palm, false sago palm, sago cycas, Australian nut palm, iron tree, Japanese cycad, comptie, coontie, Seminole bread, guayiga, Florida arrowroot, cardboard palm.

All parts of the plant are toxic to dogs, with the seeds being the most toxic part. Ingestion of as little as 1 seed has been reported to have caused death in dogs and studies have shown that up to 50% of cases of ingestion of this plant have been fatal.

The plant toxins primarily affect the liver, gastrointestinal tract and nervous system, causing liver damage which can lead to liver failure, hemorrhagic gastroenteritis, blood clotting disorders and even death can occur without early intervention. Symptoms usually occur soon after ingestion or within a period of 3 days after ingestion.

What are the symptoms? 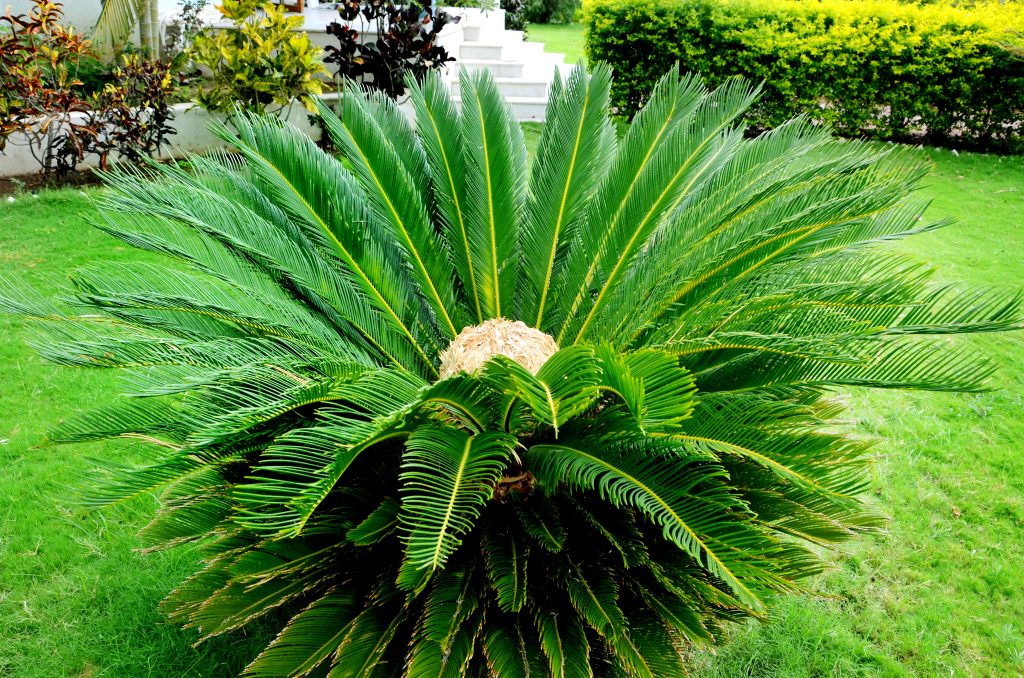 Treatment is most successful with early intervention and gives the best chance of survival, so if there is any suspicion your dog has been in contact with or ingested this plant you should contact your vet immediately. Treatment will depend on which body systems are affected and the condition of the patient with liver support, gastrointestinal support, bleeding disorder management and in intravenous fluids all common treatments used to help save these dogs. Affected dogs often need hospitalization with regular monitoring blood tests to provide the best outcome.
Prognosis depends on the amount eaten, the individual dog, other concurrent health issues and the time to start treatment. With ingestion of a toxic amount, without treatment death is likely, and can still occur even with appropriate treatment if left too long, so the best thing to do is be seen and treatment started as soon as possible.

The best way to protect your dog from toxicity is to avoid any exposure to these plants by either removing any cycad palms from the property or securely fencing off access to dogs.

If you elect to remove the plant from your property, it is extremely important to ensure your pet is safely secured away from the area until all parts of the plant including any shavings are completely and safely placed in the vegetation recycling bins for collection.