Is a Chihuahua right for your family?

They say good things come in small packages. So if you’re considering a Chihuahua as an addition to your family, read on! We want to help you make an informed decision about whether this breed is the right fit for you. Book in a consultation with your local Greencross Vets if you’d like to know more.

Although the Chihuahua is one of the most famous dog breeds in the world, their roots and history remain a bit of a mystery. The most common theory is that the Chihuahua is descended from the Techichi, a companion dog favored by the Toltec civilization in Mexico. Most people also agree that they trace back to the actual state of Chihuahua in Mexico (which makes sense). In the 1880s, Mexican merchants started selling these tiny dogs at the border to tourists, many of whom were Americans. Instead of calling this breed a ‘Chihuahua’, many people would just name it after the region they found it in. They had many names for it including the ‘Arizona Dog’, ‘Texas Dog’, ‘Mexico Dog’ and of course the ‘Chihuahua’ – which is the name that stuck! Of course this is just one theory of many! The Chihuahua didn’t arrive to Australia until the middle of the 20th Century 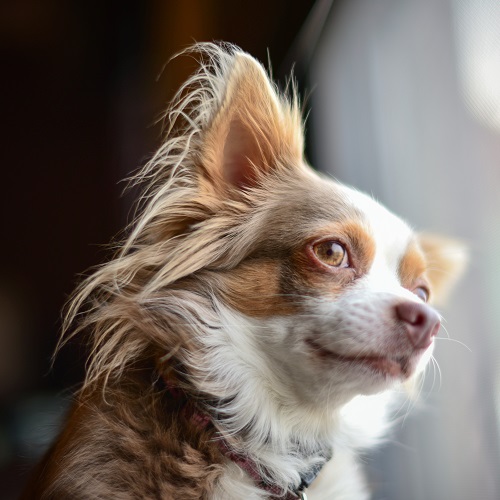 This sassy little dog has energy for days. They’re incredibly intelligent and protective when it comes to their human family – don’t be fooled by their small size! They make incredible watchdogs and will let you know if there’s any stranger danger. Their personalities can vary from shy and timid to plucky and outgoing. The Chihuahua won’t stand down to a bigger dog bullying them. They will stand up for themselves, posturing forward and letting out a loud bark. Although they might come across a bit aggressive to strangers, it all stems from their loyalty to their owners – they’ve got your back! They love snuggles and spending time with their loved ones. Unlike some other dog breeds, they are tolerable to the occasional outfit or sweater to keep them warm. See your local Greencross Vets if you’d like to know more about a Chihuahua’s temperament.

The Chihuahua only weighs approximately between 1.8 and 2.7 kilograms. They’re a small, dainty and compact breed but full of force and energy – you will hear them coming! One of the first things people will notice about the Chihuahua is their big pointy ears, usually sticking up, not tipped or broken down. Their round eyes are also large but not protruding and can come in a variety of colours including dark, ruby or light. Their neck is slightly arched and medium in length. A Chihuahua’s mouth has full dentition and a normal scissor bite. Their coat is long and soft in texture – never tight and curly. They have feathering around their ears, feet and legs. They have a wonderful furry tail which is one of their stand out features, always carried up over the back – formally known as a sickle tail. 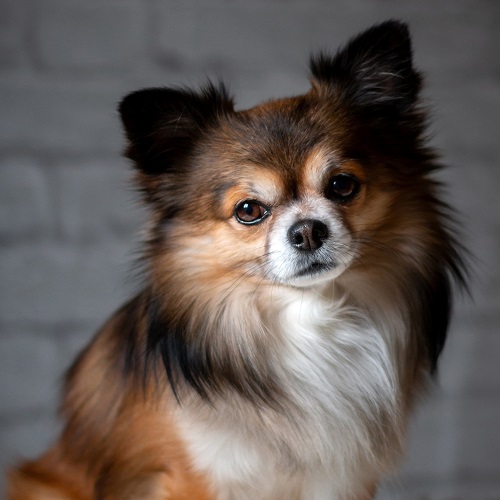 The Chihuahua is generally known as an indoors dog and doesn’t require too much exercise, making them suitable for senior owners, singles or families who do not have much free time.They do require lots of love and attention though. Some breeders are a little wary of selling puppies to families with young children as they are easily injured due to their tiny size. They’re happy to live within small proximities and don’t need a big backyard. However, if left outside and ignored they could get busy in the garden to amuse themselves. Ask your local Greencross Vets if this breed would suit your family’s lifestyle.

The Chihuahua is generally in pretty good health and has an average lifespan of 14 to 19 years. There are some common issues to be aware of though. One thing to look out for is loose kneecaps, formally known as medial luxation of the patella. When this happens the kneecap on the rear legs slip out of its groove. Surgery may be needed in some cases. To avoid hereditary issues we suggest you buy your puppy from a reputable breeder. Young toy breed puppies can also be at risk of Hypoglycaemia, which is low blood sugar but most puppies outgrow this before leaving their breeder. Some other conditions you might want to ask your vet about include Hydrocephulus, Cleft Palate, Collapsed Trachea and Cryptorchidism. Talk to your local Greencross Vets for more health information.

As far as their beauty routine goes, just give their luscious coat a brush once a week and a monthly bath. Avoid getting water in their ears as this can cause infection. Check them regularly for wax build up. If they’re not very outdoorsy (and many Chihuahuas aren’t) make sure you give their toenails a regular clipping.