Greencross Vets Kangaroo Flat is a state of the art veterinary clinic featuring the most advanced medical, diagnostics and surgical equipment. The veterinary clinic is also conveniently located within the Petbarn store so you can get all your pet care needs under the one roof.

We offer a comprehensive range of professional veterinary services ensure that your pet is healthy and happy throughout all life stages, ranging from preventative health care to weight loss programs through to surgery and diagnostic medicine.

Pet owners will experience a high level of care and service for their pets delivered by our team of highly skilled and dedicated vets and nurses.

We encourage you to contact us directly should you have any questions about your pet’s health and wellbeing or if you simply want more information about theservices that we can provide you and your pets. 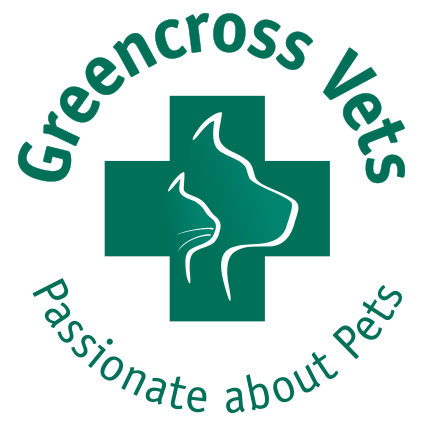 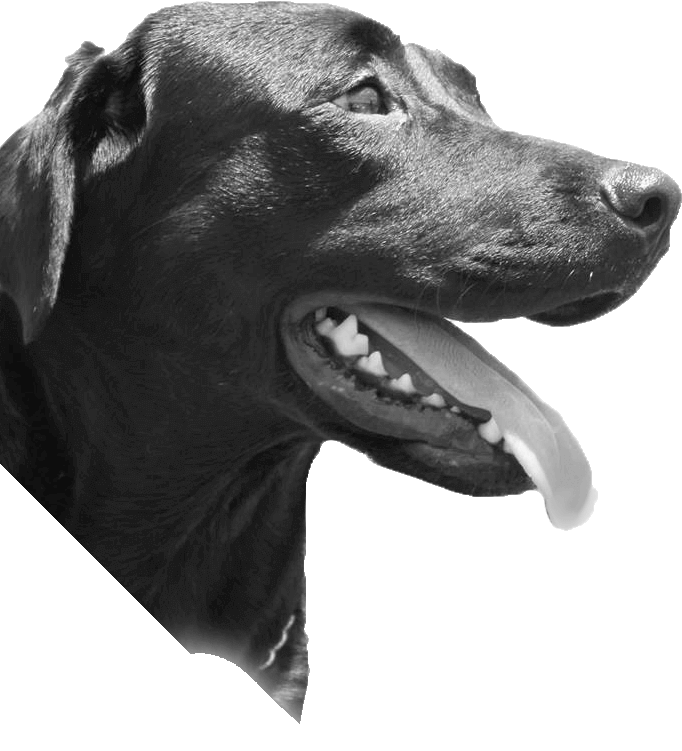 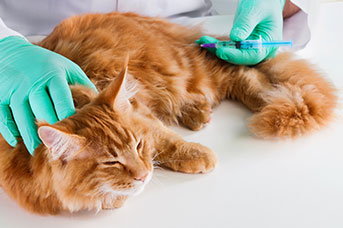 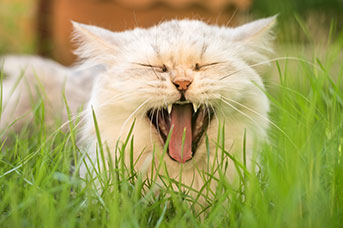 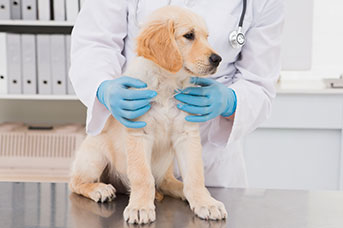 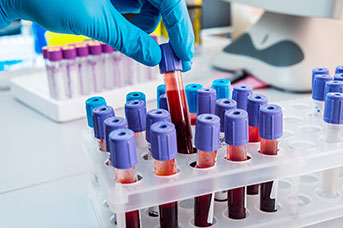 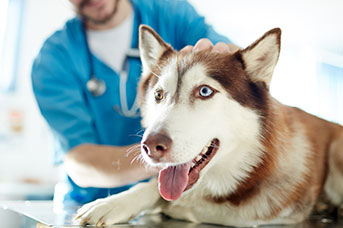 Kimber has loved animals from as early as she can remember so when the opportunity to work at the local vets became available during high school she jumped at it and hasn’t looked back.
Kimber has worked in several veterinary clinics over the past two decades as a receptionist and nursing assistant. During this time she took a break to raise three children and has recently began studying at Bendigo Tafe for her Certificate IV in Veterinary Nursing. Kimber joined the team at Greencross Vets in Kangaroo Flat in 2021 and we are so lucky to have her bright and caring personality at our clinic.
In her spare time, Kimber is a volunteer wildlife rescuer and has undertaken training in both Tasmania and Victoria to be a wildlife carer, possums are her favourites and she will often have several joeys in care during spring-time.
Kimber shares her home with several rescue cats that were all orphaned babies and when she is not tending to animals she loves to cook with her children and go to farmers markets.

Following graduating from the University of Melbourne in 2016, Georgia headed to Scotland to begin her career as a mixed animal vet. After two years, she transitioned to a small animal clinic to focus on broadening her small animal medicine knowledge.
With such a large distance between Georgia and her family, she made the decision to return to Australia near the end of 2021. Since then, she has been a member of the Kangaroo Flat team and has enjoyed the lifestyle change.

Kath was born in the Upper Yarra Valley on a property and has had animals all of her life. Her first horse at 6 and continued her love of animals ever since.
Kath has been a Vet Nurse RVN since 2017. She spent 10 years as a Chef, winning best food at Cellar Door 2014 and 2015 ‘Good Food and Wine Magazine’. Kath has also had 20 years experience as a Graphic Designer, exhibiting products in Australia and overseas, pet portraits and even portraits for the Archibald.
The following is by Peter Russell Clarke:
“G’Day dear reader,
Absolutely black and white, but red. Extremely noisy, confronting, boisterous and in your face. No it’s not a newspaper. It’s Kath Carroll, red haired Vet nurse, Chef and talented painter who does portraits for the Archibald, landscapes for your mantle and pet portraits of your furry friends. I do admire her generosity of spirit, as well as the many kindnesses she scatters among those path she crosses.
Maybe it’s her honesty, not just about material things but self-honesty. So this boisterous, living red haired noise is a genuine character – she’s eccentric, and those eccentrics amongst us are a breath of fresh air.”

Lucy has been a Veterinary Nurse with Greencross since 2017 and has loved every minute of it. Her passion is in Emergency and Critical Care, and is hoping to complete a Diploma in this field in the near future.

Lucy’s love for animals started at a very young age, she used to walk around the neighbourhood pushing her dogs around in a pram and searching for stray dogs to take home and care for, which her parents always supported. Lucy takes great pride in her work and gives the absolute best care she can for each of her patients, ensuring they have the comfort and support they need in any situation. Lucy enjoys training the up-and-coming Nursing students that come into the clinic and strives to get them through their course and become the best Nurse they can be.

Lucy has two teenage sons and two giant dogs, Frankie J & Lionel, who to be fair, are far more spoilt than her human children.

Kelly grew up in Castlemaine and lived there until she was in her mid 20s. She now lives on the outskirts of Bendigo surrounded by bushland where her and her Border Collie Peter love going for bush walks and searching for all different kinds of native wild flowers. Kelly always had a passion for animals, in her teenage years Kelly loved horse riding and attending Pony Club. She now very much enjoys, growing her own fruit and vegetables, having way too many indoor plants, and café lunches with friends.

Gillian began working in Veterinary Clinics back in her high school days in Castlemaine. She then continued her studies and working experience as a Veterinary Nurse throughout her University days in Melbourne.
Gillian started Veterinary Nursing with the Greencross Vets team at both White Hills and Kangaroo Flat in 2016, after staying at home to focus on her human babies for many years.
Gillian then progressed to become the Practice Manager at the Kangaroo Flat Greencross Vet Clinic in 2020.
Gillian’s passion for animals begun as a toddler and has always surrounded herself by a vast family of fur babies. Cats, dogs, rabbits, guinea pigs, birds, chickens, lizards and snakes, have all made it to be a part of Gillian’s life at some stage.
Her human children now follow in her footsteps with their love and compassion for animals of all kinds.

Erin was born in Rosebud, Victoria. After starting primary school at Boneo, Erin and her family decided to move to a small country town called Maryborough. Living on a new large property meant Erin’s long lived dream of owning a horse was able to come true and this is how Erin developed her love and passion for horse riding.

Erin has always had a large variety of animals as part of her family such as dogs, birds, cats, horses and a few lambs that needed to be hand raised. In 2011, Erin’s family opened a Cattery called the Moggy Inn and Erin spent a lot of her weekends and after school hours helping with the care of all the cats in the Cattery. This helped Erin’s decision to work with animals when she got older.

Erin completed Year 12 in 2013 at Maryborough Education Centre and moved to Bendigo to complete her Certificate III in Animal Technology in 2014 at Box Hill Tafe, commuting to Melbourne on the train 3 days a week. In early 2015 Erin started her nursing career at Greencross Vets White Hills and is now currently studying Certificate IV in Veterinary Nursing. Erin is apart of the clinic’s Puppy School team.

Outside of work Erin enjoys horse riding, swimming, art, listening to music, road trips, dancing and hanging out with her childhood pony Star and her rescued tortoiseshell cat Romi.

Emma has 10 years experience as a vet since graduating in 2008, joining joining the GX team in January 2018. Emma has a passion for Veterinary medicine and surgery and is now a Veterinary Director at GX Kangaroo Flat. When not caring for animals in the clinic, Emma is kept busy by her two children aged 4 and 1 and is married to a horse trainer, they all have a large fur family consisting of three cats and two dogs which Emma and her family like to spend time with. Dr. Emma looks forward to assisting the pets and owners of Kangaroo Flat and surrounds.