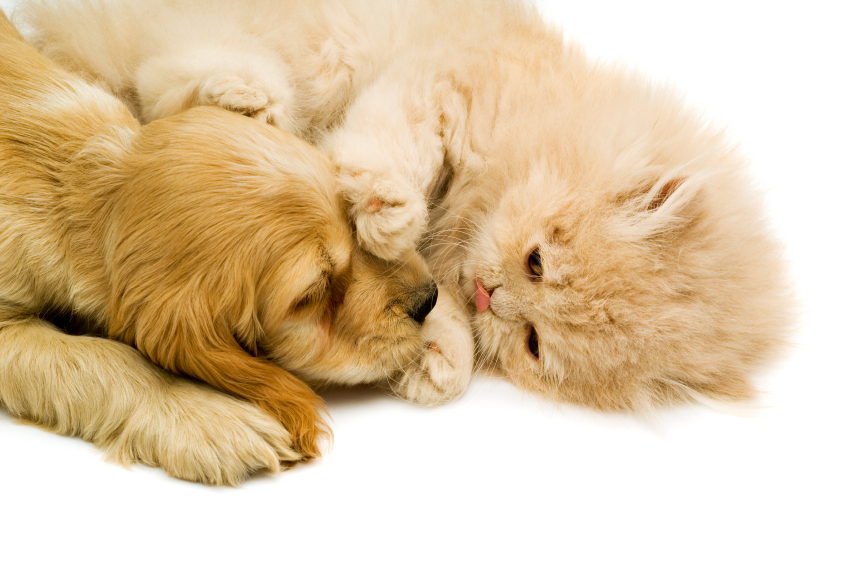 No one wants to see a friend suffer for no reason.  Yet many pet owners choose not to vaccinate their pets despite the fact that this simple injection could save their pet’s life.
The common belief that vaccinations are not really necessary has been enhanced by the recent outcry in the media concerning the price of pet vaccinations.  However, for vets the vaccination equation is simple: a relatively cheap injection can prevent a fatal disease which can cost owners thousands of dollars in treatment expenses.

Puppies and kittens initially require three vaccinations between six and 16 weeks of age and annually thereafter.
These vaccinations work by exposing a pet’s immune system to a small amount of the virus or bacteria through an injection.
This stimulates and encourages a pet’s immune system to produce antibodies which are effective against a virus or bacteria so it can eliminate the organism if an infection occurs.
Following vaccination, the pet may be quieter than usual and as with humans, there may be some tenderness around the injection site in a small number of pets.
As with all vaccines, allergic reactions may occur but this is rare.

Without such vaccinations, dogs and cats are in danger of contracting potentially fatal diseases such as:

This highly contagious virus can affect dogs of all ages, although it is more serious in puppies. Canine parvovirus attacks the intestines resulting in blood-stained diarrhoea, uncontrollable vomiting and severe abdominal pain. Despite intensive veterinary care, some dogs may eventually die from severe dehydration. Mortality rates vary from 10 to 90 per cent in affected dogs.
Canine parvovirus is resistant to most common disinfectants and can linger in the surrounding environment for years. Effected dogs need to be kept in an isolated ward for at least two weeks and unvaccinated dogs should not be exposed to the contaminated environment.

This condition is produced through several highly infectious diseases which can be easily spread wherever dogs congregate such as kennels, shows, boarding kennels, vet clinics and obedience classes.  Common symptoms are usually a harsh, hacking cough that often ends in gagging. Canine cough may persist for several weeks and has the potential to develop into a serious and potentially life-threatening disease including severe pneumonia.
An unusual vaccine is now available for canine cough which sees a vet administer the vaccine into a dog’s nose using an applicator instead of a needle. Intranasal vaccines like this can help prevent infections occurring and can actually prove to be more effective than a vaccine injection.

Cat flu is caused by a number of viruses and bacteria. These viruses can affect cats of all ages and are commonly seen as a dual infection. Symptoms may persist for up to three weeks and can include a fever, sneezing, coughing, nasal discharge, conjunctivitis, ulcers on the tongue and eyes, loss of appetite and lethargy.
After recovery, cats may also become a carrier of the virus and infect other cats for months or even years. Coughing, sneezing or close contact with another cat usually spreads cat flu even further. It can also be easily spread via food bowls, bedding, cat boxes and a person’s hands.

FIV is a retrovirus similar to the human HIV virus and attacks the cells of a cat’s immune system. As a result, an infected cat can’t fight off infections as a healthy cat can. This can lead to the fatal feline acquired immunodeficiency syndrome or feline AIDS.
It is believed that between 14-29 per cent of cats in Australia now test positive to FIV with outdoor cats at the highest risk. FIV is mainly shed in the saliva and transmitted through cat bites. However, many cats can appear completely healthy for years before the effects of FIV begin to appear. Initial symptoms may include fever, loss of appetite, diarrhoea, lethargy and swollen lymph nodes. Later, weight loss, eye lesions, chronic infections, a poor coat and sores in and around the mouth may occur.
While there is no cure for FIV, a vaccine is now available which includes a course of three injections as well as yearly boosters.  A blood test is also available to diagnose this disease.